During our first Virtual Meet & Greet Series with Boston University, our students and parents were able to receive first-hand information from the admissions representative and to have all questions answered, for them to have a better understanding of the school and plan accordingly.

Next week, we are going to meet more university admission representatives from Bath University, Exeter University and York University.

All of the virtual events will feature live interaction with representatives from participating universities, for students to ask questions, collect information and be connected. 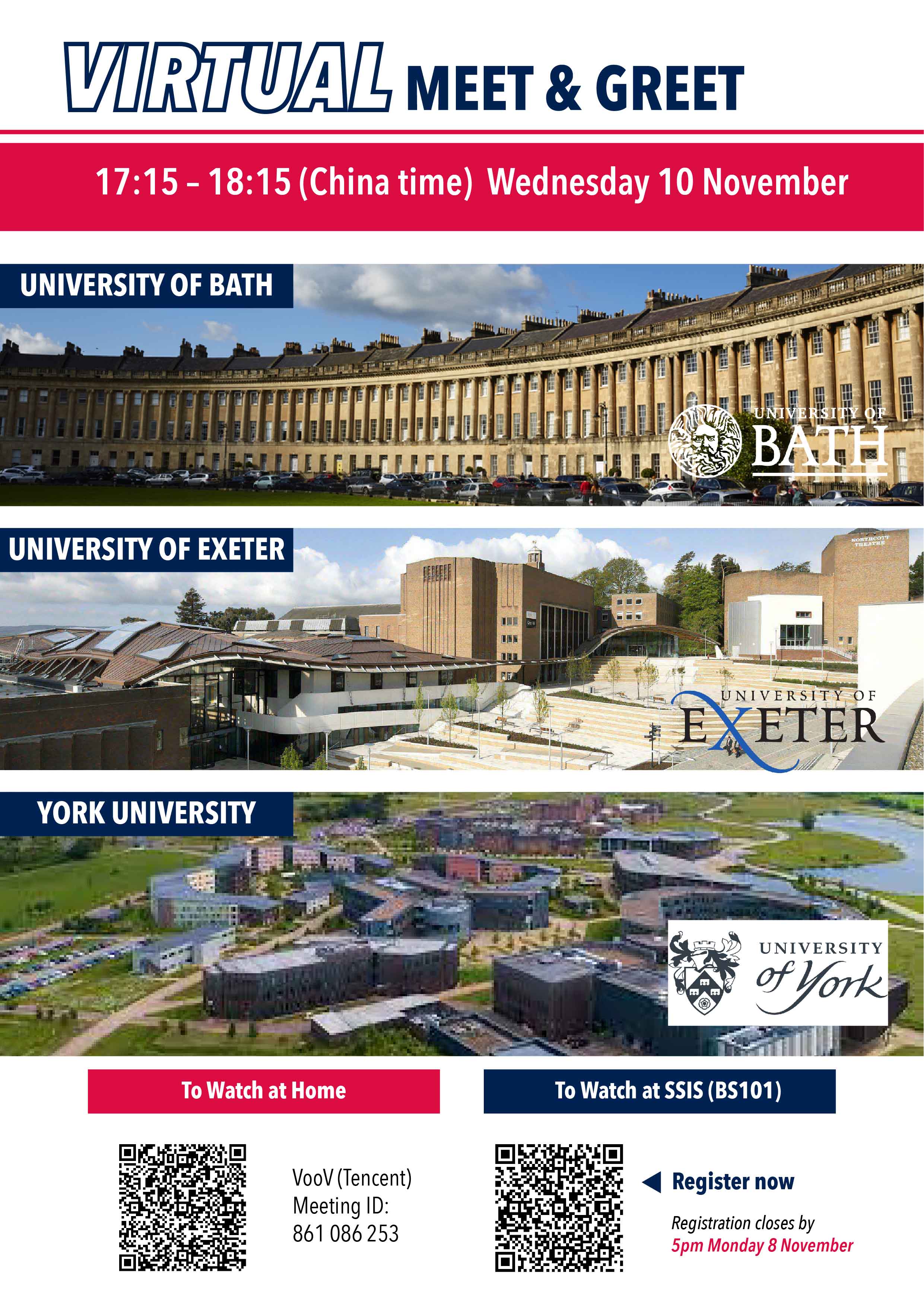 Situated in Bath, Somerset, United Kingdom, University of Bath is a public university that received its royal charter in 1966. The University of Bath has been consistently ranked amongst the top universities in the UK and is known for its expertise in research and teaching.

The university is known for its four faculties: management, science, humanities and social science, and engineering and design. The university has been recognized for its excellence in research facilities and according to the 2014 Research Excellence Framework (REF), 87 percent of the university's research has been defined as world-leading.

The University of Exeter was founded in 1955, although its complete history dates back as far as 1900. At present around 27,000 students from over 150 countries study at the University’s three campuses in the South West of England. Despite being relatively young, Exeter is a member of the UK’s elite Russell Group and is considered one of the best universities in the world.

Six academic colleges offer study opportunities at undergraduate, masters and research level in a wide range of subjects across science, humanities and social sciences. The University of Exeter has a longstanding international approach, with many courses offering the opportunity to study abroad. All students are offered foreign language tuition, either as part of their chosen degree or as a separate evening class. Graduate prospects are further improved by a focus on career management skills and the possibility of work placements and internships as part of the degree programme.

The University of York is a high-performing, research intensive Russell Group university and one of the world’s premier institutions for inspirational and life-changing research. The university focuses on teaching and research excellence has resulted in consistently high rankings in the UK and a first-class reputation across the globe. In the Times Higher Education World University Rankings 2021 The University of York is in the world top 45 for Arts and Humanities, top 100 for Social Sciences and are ranked the 16th institution in the UK.

The University of York is a leading UK university, creating independent critical thinkers through a culture of academic excellence and ground breaking research. As a member of the prestigious Russell Group the university is committed to research-led teaching, providing a supportive and inclusive learning experience for students.